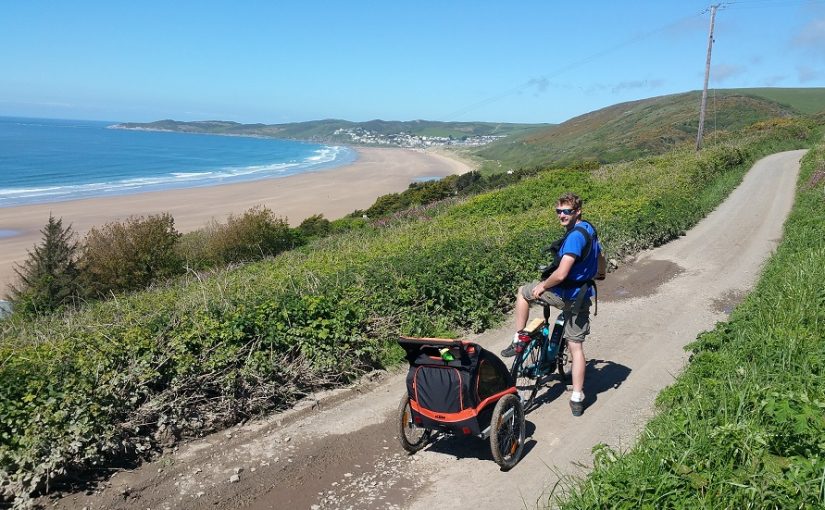 If you haven’t ridden an eBike on a huge, flat beach it might sound boring and uninticing.  Admittedly that was my assumption too, until I decided to do it simply to get the kids off to sleep in the buggy – but it’s surprisingly exhilarating.  I think a lot of my initial trepidation was because I know how hard it is to ride on sand, even tidal zone sand is way harder than tarmac – but then I remembered this is an eBike, so no such arduous labour is required!

Obviously you can get specific bikes and eBikes for riding on sand (and indeed snow) called Fat Bikes, but I’m just talking about a normal city style eBike.

Whether it be on the tidal sand or on the parellel coastal tracks, taking the eBike with 2 kids in the trailer was a great idea and provided not only a fun activity for the day, but a useful transport alternative for an otherwise traffic filled road network around Devon in the summer.  Plus it has the added bonus of having a lunchtime cheeky pint without worry of trouble with the law or personal safety.