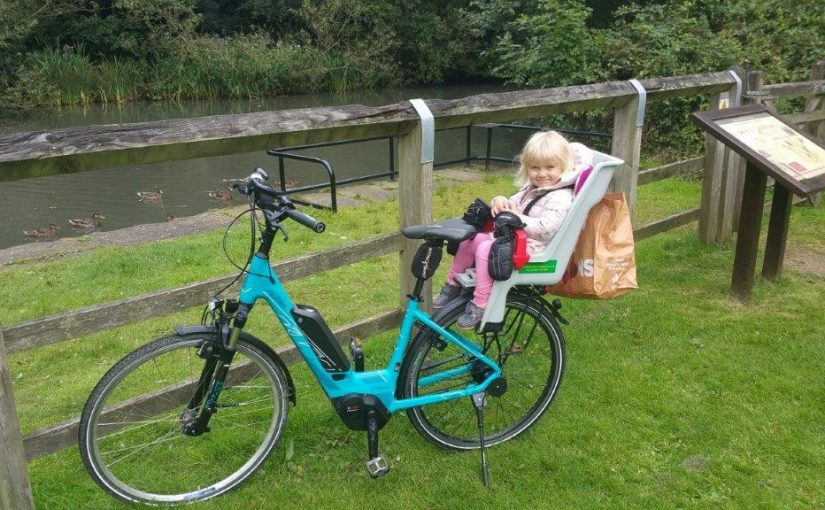 The KTM Macina Eight P5 is the 3rd long-term eBike I’ve ridden and replaces last year’s KTM Venture Vienna Di2.  Those 2 bikes are pretty similar, so a comparison is unavoidable.  The only significant difference being the motor: the Vianna being a Shimano STePS motor; and the Eight is a Bosch Perforance motor with 500 Wh battery (hence the “P5” in the bike’s title).  So the on-paper performance between the 2, you might expect would be fairly different in terms of the torque each motor delivers – Shimano STePS produces 50Nm and the Bosch Performance is normally 63Nm right?  Well not so on hub gear equipped bikes.  Shimano won’t allow eBikes equipped with their Nexus hub gears to be spec’ed with motors that exceed 55Nm (on any brand of bike), so the Bosch Performance motor is down-tuned a little to meet this requirement, although it’s max power remains at 600Watts – the same as a normal Performance Bosch motor.  That somewhat evens up the torque gap between Shimano STePS and Bosch Performance motors, enough so that torque difference in reality is barely noticable.

Aside from motor differences to the Vienna, the Eight has a more modern looking frame with a semi-integrated battery.  It’s motor attachment bracket is drop-cast in sand and the frame as a whole has a slightly more angular, purposeful look.  It also rides slightly stiffer – in a nice way, although there is still a touch of rubbery-ness that comes from a mono-tube step-through frame.  Its the same slight flexiness that you feel in an open top car in comparison to an equivalent hard top.  Its really not an issue on a bike with the Eight’s remit – that being comfy city hybrid, with the occasional longer trekking ride.

There are a couple more subtle differences to the Eight too.  The battery is 20% larger capacity than the Vienna, which I guess is nice, but I never found the battery lacking on the Vienna, but then I rarely do single rides over 30 miles, which either would manage easily.  What is an improvement is the way the battery is charged: on the Eight the battery can be charged either on or off the bike.  I find charging the battery on the bike to be a little more convenient.
The bike lights are operated on the Eight with their own button, which I also prefer – the Vienna’s were operated by holding down one of the gear shifters for 3 seconds.  Again it’s only a subtle difference, but I definitely prefer the Bosch method.
The final noticeable difference between the 2 eBikes is that the Vianna had an electric Di2 Nexus gear hub operated by 2 buttons and the Eight has a mechanical Nexus gear hub operated by a twist grip.  Both are 8 speed and share identical gear ratios.  To be honest I expected to really miss the Di2 shifting of the Vienna more than I do.  The Di2 shifter I’d say is slightly nicer to use, but not hugely.  It doesn’t actually function any better than the mechanical shifter and I never really liked the auto-shift function of Di2 anyway so disengaged it.

So in it’s own right, the KTM Macina Eight is perfectly spec’ed, with a substantial kickstand and robust mudguards.  The lights are nicely integrated into the frame and fork and are powered by the main battery; they’re surprisingly powerful too – I never felt under-lit.  The pannier rack is also nicely integrated and I used it nearly every time I rode the bike – for carrying one of my kids and for 100’s of other duties too.
Some people may turn their nose up at Magura rim brakes, but in function they are actually superb.  They never overheated and don’t cause much wear to the rims.  Being hydraulic, they require no maintenance, just some adjustment to allow pad wear.  Replacement brake pads are also cheap and easily available.

The usual KTM attention to detail is there too, with reflective strip tyres, height/reach adjustable stem, basic-but-functional suspension fork & seat post and ergo-fit handle bar grips.  I even like the bell, which manages to be loud without sounding aggressive – ping!

The Eight is only available in step-through frame type, but KTM have scores of similar alternatives if you’d prefer a more traditional double-diamond frame.  Step-through eBikes are not likely to improve your street cred’ (hah!), but from a purely practical point of view, I see little reason not to use this frame style for sit-up hybrids.  One of the step-through frame’s best attributes is it’s size versatility.  This KTM Macina Eight has a 46cm frame, which is as small as they come, but can be ridden by my 5’6″ wife or myself at 6’3″ all day long without discomfort.

The retail price of the KTM Macina Eight I think is extremely competitive.  You can pay quite a lot more, like a Trek Super Commuter or Haibike SDuro Cross and get no improvement in spec.

Those looking for a >10 mile commuter/get-about eBike should look no further.  It’s versatile, extremely robust, will destroy hills that would normally see riders sweating profusely and has all the kit, from new, that you’ll ever need.

Improvements?  Well, this bike is a 46cm which, as I mention is as small as the Eights come.  That’s fine if you’re 5’5″ or taller, but smaller riders would probably struggle, especially as the suspension seatpost can only be lowered so far.  So a smaller frame size would be a good addition.  And finally, maybe some slightly wider tyres might add a bit of extra comfort? Maybe….

It’s worth pointing out that details of the updated 2018 KTM Macina Eight are already out.  The new model is basically identical, but with additional options including a fully integrated frame battery option and a disc brake option.
The 2018 Macina Eight is due to be built in the KTM factory in February – orders are being taken now.