The term “eBike” is definitely the in-buzzword at the moment and there are some fairly strong opinions around.  I wanted to hear what those-in-the-know in the mountain bike industry had to say about things, so I’ve been emailing various sources to ask them.
The general response to this has actually been a little overwhelming – pretty much everyone I asked has generously spared some time to answer the questions (thanks a million guys!)
In fact, I got so many responses, I’m going to split the article over a few publications.  Its also the reason this blog is a little earlier than planned.

I’ve split the contributor’s into the following categories (although possibly not in order of publication):

Today I’m starting with Race / Event Organisers, with contributions from: 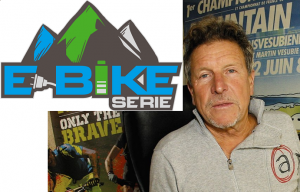 I’m Chris Ball Managing Director of the Enduro Mountain Bike Association. We run the Enduro World Series and work with organisers around the world who are awarded Enduro World Series Qualifier events. in 2017 we have 8 EWS events and 43 Qualifiers on the calendar. We write the rule book for enduro racing and happily offer any race organiser the opportunity to copy and follow our rules, allowing the sport to move globally in the same direction. For this year we are also running 4 EWS Challenger events, an easy version of the main race for riders wanting to join in without being tested too much!